Square Enix recently announced its Fiscal Year 2017 earnings (April 1, 2016 - March 31, 2017) revealing strong growth in all gaming sectors as well as a look at the publisher's future. 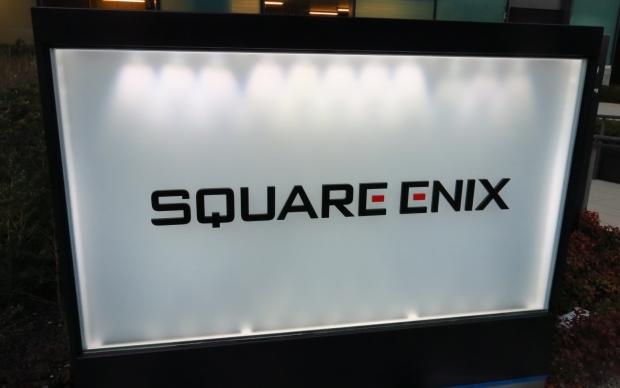 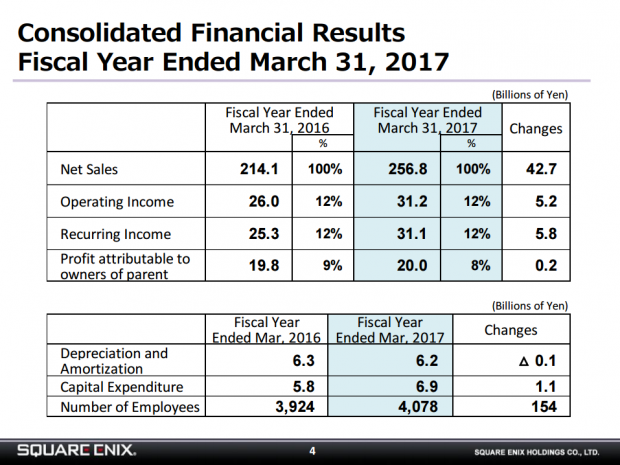 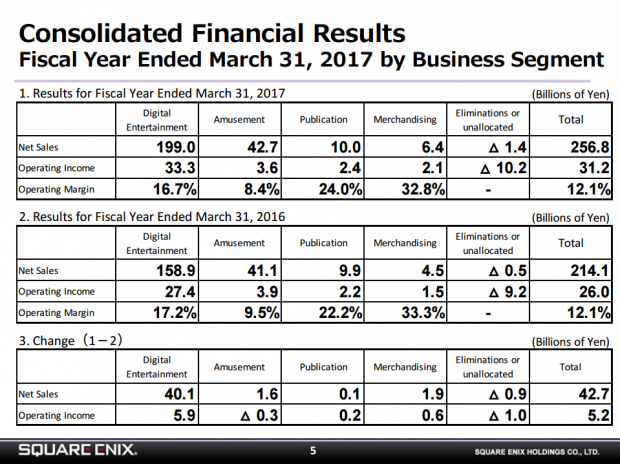 The Japanese games company iterates that most of its revenue comes from its Digital Entertainment sector, which includes physical and digital games across all platforms--PC, consoles, mobiles, and even web browser games. This segment is comprised of three sub-branches: 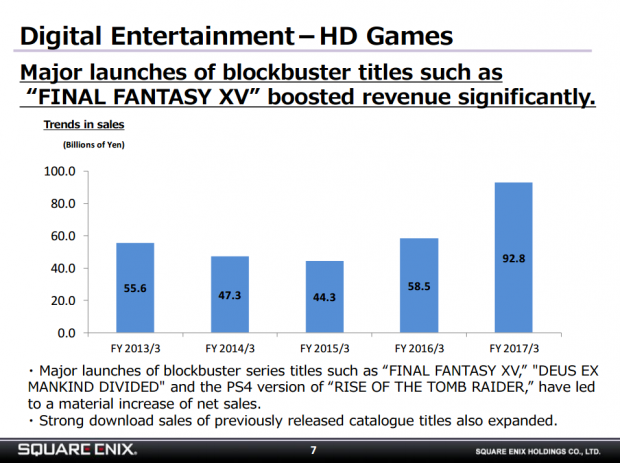 Square Enix's HD game releases are the king of its Digital Entertainment branch, conquering mobile and PC browser games as well as MMO-based titles, with key hits like Final Fantasy XV leading the charge. HD games raked in an impressive $816.78 million (92.8 billion yen) in FY2017, accounting for 36% of the company's total net sales for the fiscal year.

The publisher has a distinct strategy for its HD game pipeline: "Established a robust pipeline from which 1-2 blockbuster titles as well as multiple mid-size titles are constantly launched every year." However, Fiscal Year 2017 saw the release of five hits, including Final Fantasy XV, NieR: Automata, World of Final Fantasy, Deus Ex: Mankind Divided, and Rise of the Tomb Raider on PS4.

The current fiscal year will see Square Enix slow down and follow the pace of its two major releases a year strategy. Final Fantasy XII: The Zodiac Age will be one of its two AAA games for FY2018, followed by two MMO releases: Final Fantasy XIV's Stormblood expansion and Dragon Quest X in Japan. 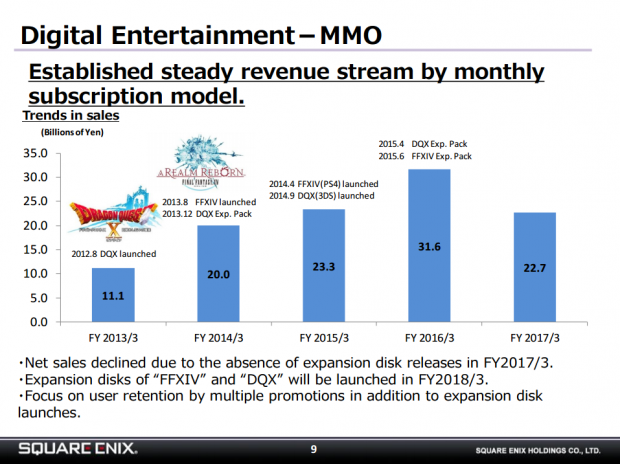 Next we have MMO, the second branch of Square Enix's Digital Entertainment segment. This is the least profitable branch in terms of raw net sales volume, but has consistently delivered steady revenue streams via subscription models. The MMO branch pulled in $199.7 million (22.7 billion yen) in Fiscal Year 2017, even without any major expansions. The company predicts boosted MMO revenue thanks to two major updates: Final Fantasy XIV's Stormblood expansion as well as a major update for Dragon Quest X. 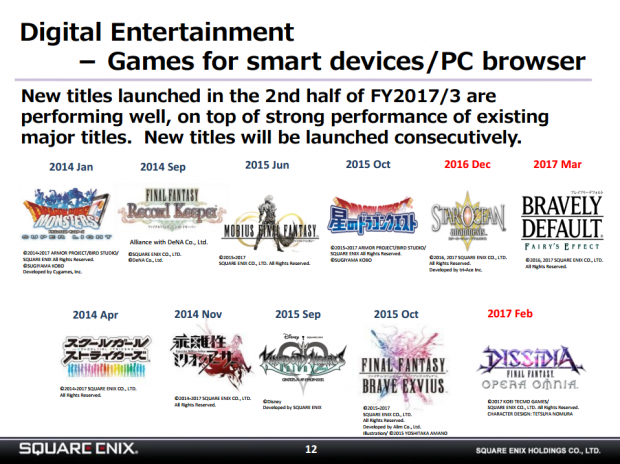 Square Enix's mobile and PC browser gaming branch is lucrative and healthy, with earnings not too far behind its HD games branch. Due to high monetization, active MAUs and always-online social engagement opportunities, universal accessibility, and updating/expansion of existing games to drive growth, the mobile segment has the potential to dethrone HD games.

The games-maker has released 11 mobile and browser-based games since 2014. The typical release schedule is 4 mobile/browser games a year, so Square Enix should launch two more unannounced titles for its current FY2018. Square Enix reinforces our forecast by promising "new titles will be released consecutively," and existing games are expected to continue strong performance throughout this fiscal year.

Along with a steady flow of new mobile games, Square Enix also plans to release strategic updates and expansions to drive up MAUs and pull in more new players and recurring players, and stimulate monetization via in-game purchases. 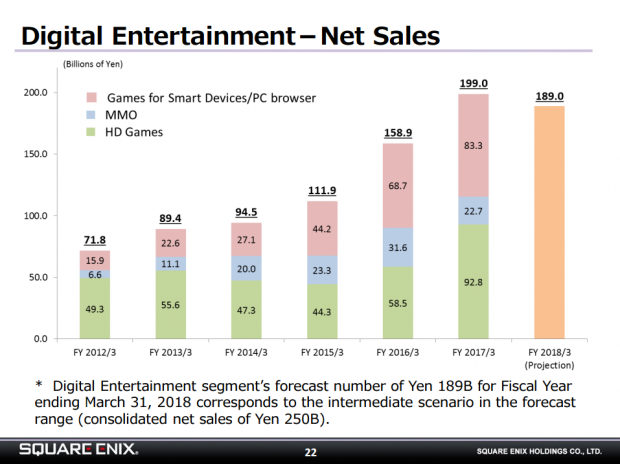 Square Enix did great last year thanks to strong sales, but can it continue the momentum? The short answer to that is no, not exactly.

Despite selling 55% less games, Square Enix expects to make quite a bit of revenue.

How will Square Enix keep net sales and operating income up if it sells significantly less packaged and digital copies of full-length games? Simple: mobile games. We'll have an in-depth article on that coming soon, so keep a look out!