G.SKILL beats its competitors to the market with the first 16GB DDR4-4333 memory kit. The new Trident Z kit features two 8GB DDR4 modules clocked at 4333MHz frequency, with CL-19-19-39 timings and 1.40V of charge. The screencap below shows the DDR4-4333MHz kit being stressed tested and validated on an ASUS ROG Maximus IX Apex motherboard alongside an Intel Core i5-7600K CPU. 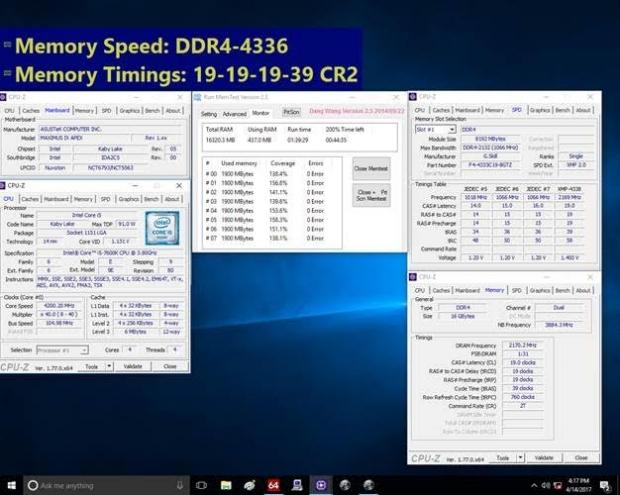 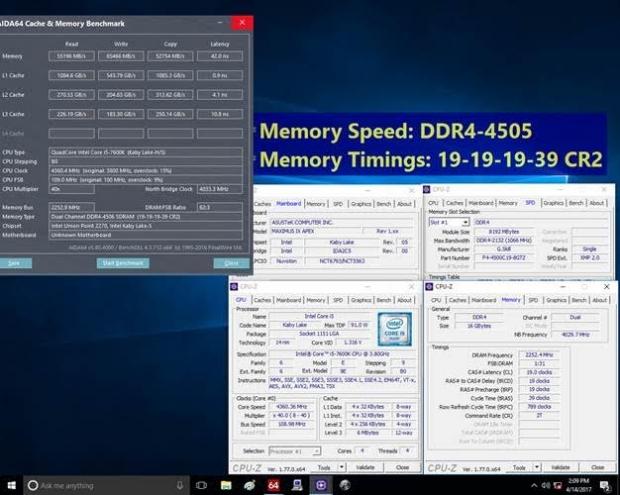 No pricing or availability info was announced, but be sure to check the press release for more information.