Ubisoft has lost one of the transformative forces responsible for guiding Far Cry 4's and Assassin's Creed III's development. 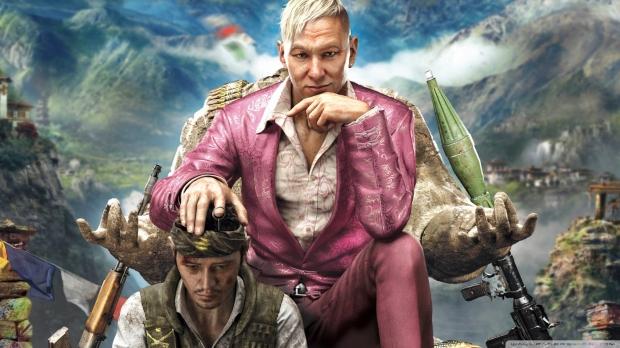 After seven years at Ubisoft, ex-creative director Alex Hutchinson has left the company to found his own independent studio. During his tenure at Ubisoft, Hutchinson helped bring major triple-A games like Far Cry 4 (which I liked a fair deal--Pagan Min is pretty awesome) and Assassin's Creed III to the market.

Hutchinson left the publisher to co-found his own indie development studio called Typhoon Studios and "build something new." The dev's departure brings to mind a very interesting question: is Far Cry 5 finished?

Creative directors typically don't jump ship in the middle of a major project, so if Hutchinson was indeed working on Far Cry 5, there's a chance it could be finished for a release in 2017.

This is all speculation, of course, and we're not sure if Hutchinson has anything to do with Far Cry 5 (or if Ubisoft is even making the sequel or not), but it's something to think on.

"Founded in 2017 by Alex Hutchinson, Reid Schneider and Yassine Riahi. Typhoon Studios is an independent game developer in Montréal. We are dedicated to creating new experiences with a unique voice on both PC and console and then helping them grow over time with our audience."

So! I left Ubisoft after 7 years. Extremely proud of all we achieved on Far Cry and Assassins but very excited to build something new.— Alex Hutchinson (@BangBangClick) April 7, 2017