Bungie has officially confirmed Destiny 2 with a reveal trailer, and once again in-game content will be locked to PS4 owners for a full year.

Destiny was notorious for its timed exclusivity deals, which gave PS4 owners access to weapons, strikes, and other content that was gated off to Xbox players for a full year. Surprising no one, that trend will continue with Destiny 2, indicating Activision's multi-year deal with Sony is still strong as ever. Remember that Destiny 2 should launch on PC, so this timed exclusivity will now lock out a new platform of gamers from content.

Let's just hope Bungie/Activision don't decide to lock away too much stuff this time. PC gamers won't take kindly to that--hell, if Destiny doesn't get a massive makeover, PC gamers will likely rip it apart.

Destiny 2 is expected to launch on PS4, Xbox One and PC sometime in September 2017. 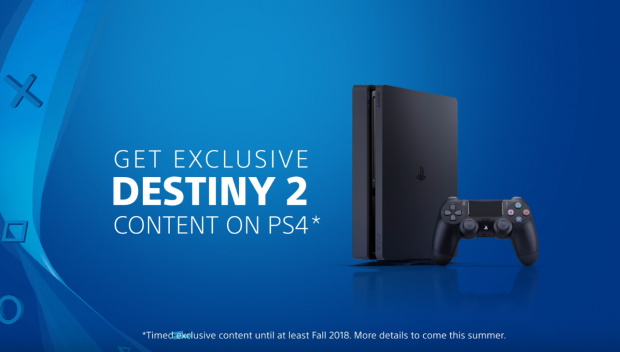