If there was a single game that I pumped thousands of hours into in the 90s, it would be Quake - and Quake II, and of course - Quake III Arena. Now we're getting closer to the release of Quake Champions, with developer id Software throwing up the closed beta.

Bethesda released a new trailer for one of the new champions in Quake Champions, an assassin known as Nyx. Quake Champions is going down an ability-focused, character-based direction that id Software and its partner in Saber Interactive, think will be great. Nyx has the powers of "Ghost Walk", letting her disappear in front of enemies - without being detected, or taking damage - but Nyx can reappear and consume the same space as an enemy, killing them instantly - nice.

But don't worry, rocket jumps and the usual fast-paced Quake is all there in Quake Champions - but an eSports future can be seen in the game, which is exciting me quite a lot. 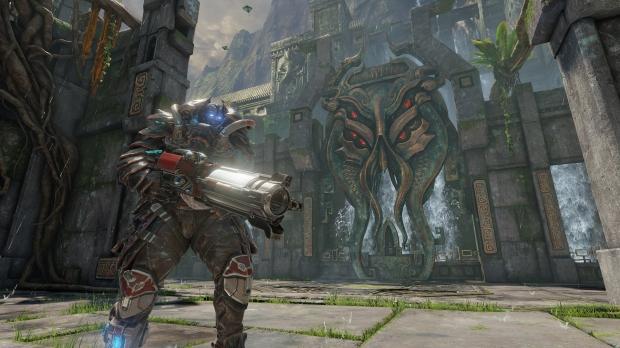