NASA's Spitzer Space Telescope has revealed the first known system of seven Earth-size planets around a single star, called TRAPPIST-1. The system is named after The Transiting Planets and Planetesimals Small Telescope (TRAPPIST) in Chile, which first discovered three of these planets. 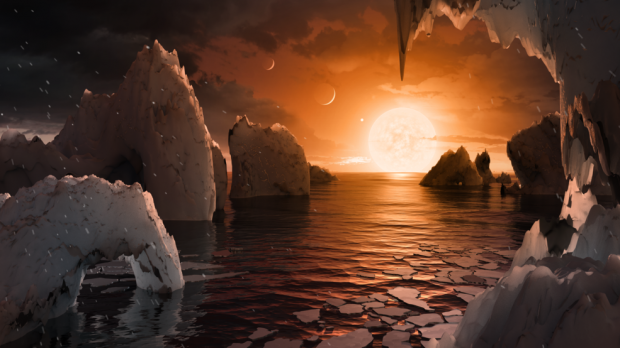 At their press event, NASA has confirmed that three of those planets are located in the habitable zone. All of the seven planets could have liquid water, meaning there is a chance that some form of life might have developed on them. Scientists believe that the highest chances of finding extraterrestrial life are the three planets in the habitable zone.

The discovery also sets a new record for greatest number of habitable-zone planets found around a single star outside our solar system.

This discovery could be a significant piece of the puzzle of finding habitable environments, places that are conducive to life. Answering the question 'are we alone' is a top science priority and finding so many planets like these for the first time in the habitable zone is a remarkable step forward toward that goal. 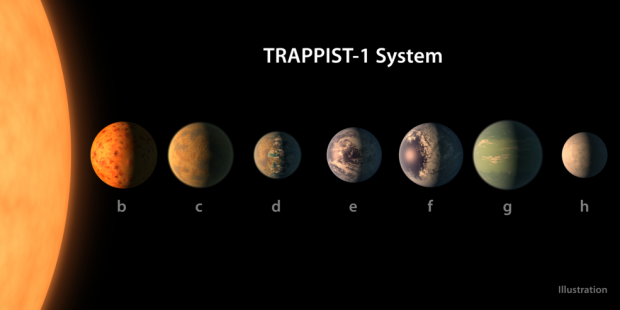 This system is relatively close to us at about 40 light-years or 235 trillion miles, in the constellation Aquarius. However, considering the fastest man-made objects, the Helios probes, attained a maximum velocity of 252,792 km/h, and assuming our probe goes with a constant velocity towards the target in a straight line, we get a travel time of t=d/v (where d=distance in light years, v=velocity as a fraction of light speed) =170,000 years. Meaning, it would take us 170,000 years to reach the TRAPPIST-1 system.

The scientists studied data gathered by the Spitzer telescope, and they concluded that at least six of the seven planets are Earth-sized. They are also likely to be rocky. The seventh, and the farthest exoplanet has not yet been estimated, but scientists believe that it could be an icy world.

The next step for scientists is to determine if the planets are indeed rich with water and whether the water, if it exists, on the surface of the planets.

Michael Gillon, lead author of the paper and the principal investigator of the TRAPPIST exoplanet survey at the University of Liege, Belgium, said:

The seven wonders of TRAPPIST-1 are the first Earth-size planets that have been found orbiting this kind of star. It is also the best target yet for studying the atmospheres of potentially habitable, Earth-size worlds.

Compared to our Sun, TRAPPIST-1 star is an ultra-cool dwarf, meaning that the liquid water could survive on the planets orbiting very close to it, closer than planets in our solar system. Also, all of the seven planets orbit closer to their host star than Mercury to our Sun. 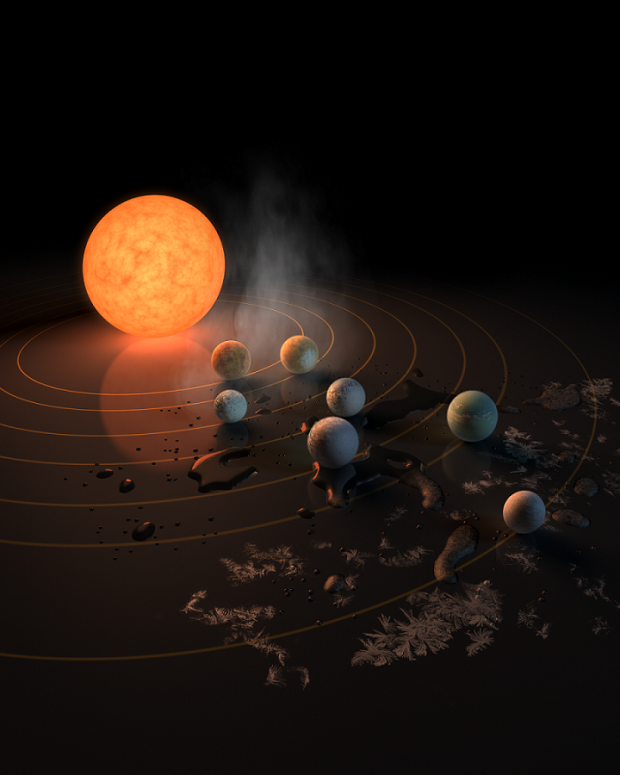 NASA pointed out that the planets are very close to each other and if a person was standing on one of the planet's surfaces, they could even potentially see the geological features or clouds of the neighboring planet.

"This is the most exciting result I have seen in the 14 years of Spitzer operations," said Sean Carey, manager of NASA's Spitzer Science Center at Caltech/IPAC in Pasadena, California. "Spitzer will follow up in the fall to further refine our understanding of these planets so that the James Webb Space Telescope can follow up. More observations of the system are sure to reveal more secrets."