In its latest Q3 2017 financial earnings report, EA reveals that it's raked in an insane $1.115 billion in operating cash flow in a single three-month period. This is the first time EA has achieved such a feat in a single quarter, and expects strong titles and services to continue the momentum into FY2018. 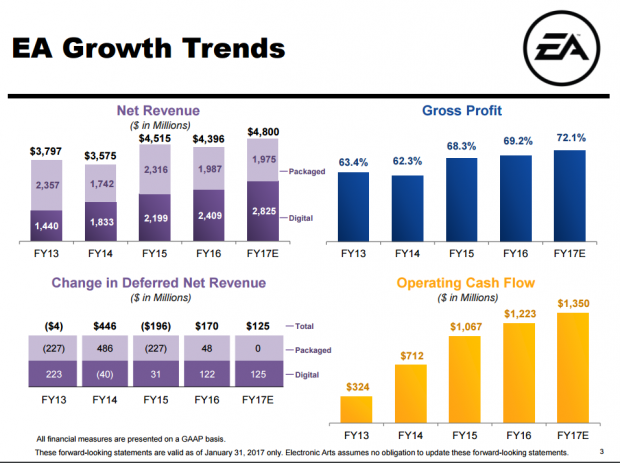 "For the first time ever, we generated over $1 billion in operating cash flow in a quarter. This is a true testament to the innovation we built into Battlefield 1 and FIFA 17 and the continued strength of our digital live services," said EA Chief Financial Officer Blake Jorgensen. 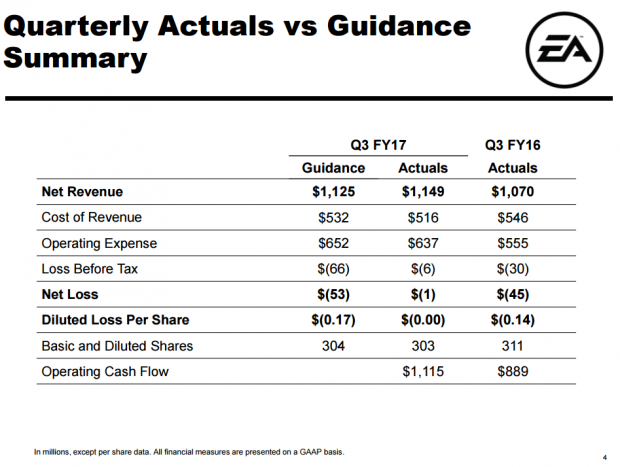 EA predicts that its financial future will be even better: the company forecasts that its Q4 2017 (ending March 31, 2017) net revenue will increase to $1.482 billion compared to Q3 2017's net revenue of $1.149 billion, likely bolstered by new content such as Mass Effect: Andromeda, Battlefield Premium purchases from Battlefield 1's They Shall Not Pass DLC, and accumulated services, content, etc. 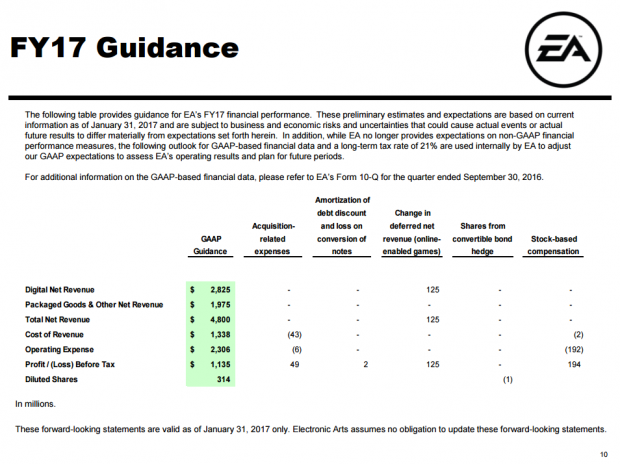 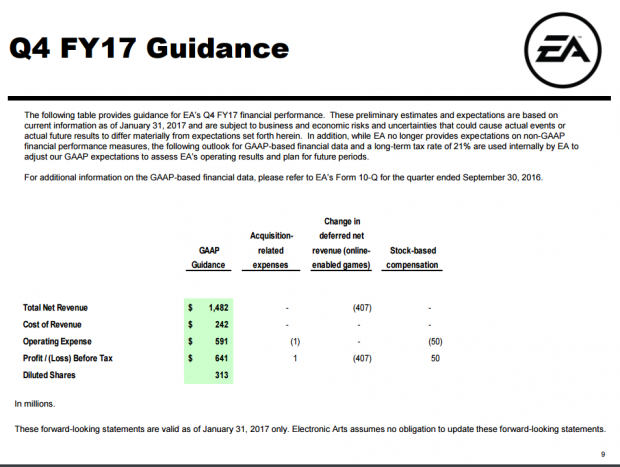 Going back to the three-month Q3 2017 period, EA reports that 60% of its massive $1.149 billion ($685 million) net revenue was earned by digital-based content including full game downloads and Ultimate Team purchases.