With Resident Evil 7: Biohazard being the first game in the series to support native 4K resolution on PC and upscaled 4K on PS4 Pro, it looks like Capcom is taking the game pretty seriously, which could lead to a well-optimized PC port. Now a list of RE 7 purported PC graphics and performance settings have been unearthed, showing an uncapped FPS option as well as a bunch of different settings. 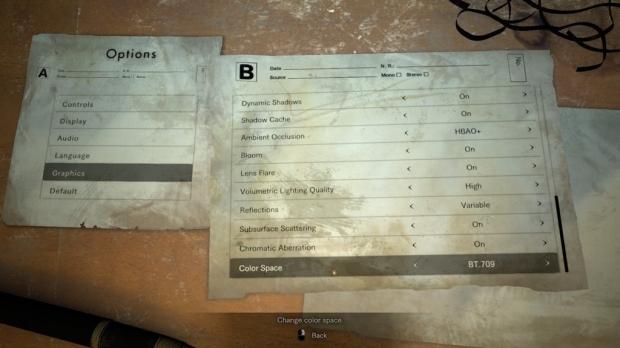 Resident Evil 7's PC settings, which were apparently found by Reddit user Zabaado, highlight many of the basic toggles, tweaks and bars you'd expect in a PC game.

Also remember that although RE7 has cross-save support on Xbox One and Windows 10 PCs, the game isn't limited to the UWP Microsoft Store, and will be sold on Steam as well.