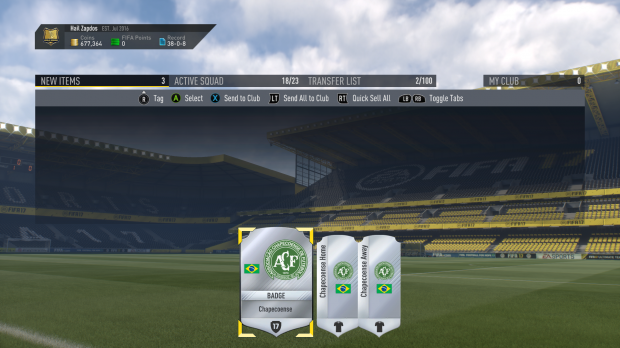 The world is mourning all the tragically lost lives, and Brasil had declared three days of national mourning, while people around the globe are paying their respects to the victims.

As a response to the tragedy, Electronic Arts is giving all FIFA 17 players a free Chapecoense kit and crest so they can pay tribute to the tragically lost lives in-game. 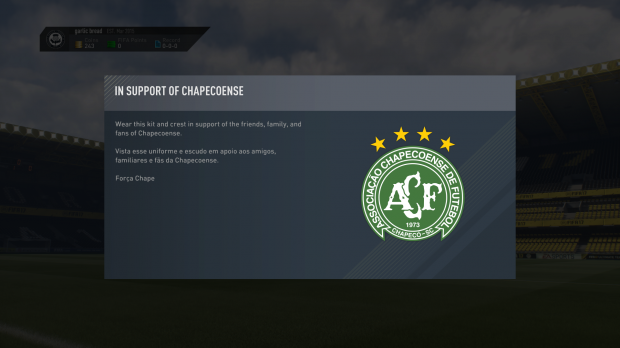 The message posted on Imgur says:

FIFA 17 players who want to show solidarity with Chapecoense can find the kit and crest in the new items section of the Ultimate Team game mode.