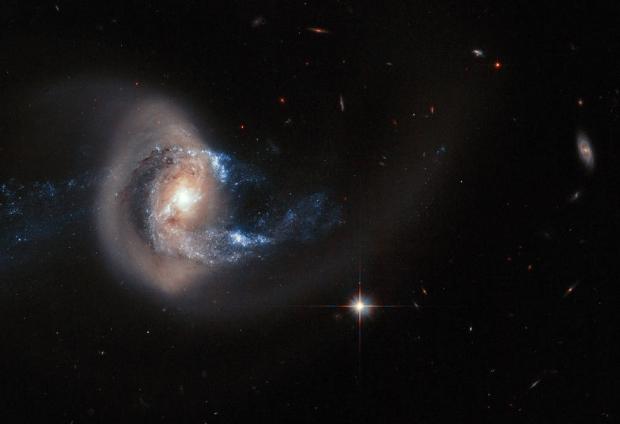 According to the new information, there are at least ten times as many galaxies in the observable universe as previously thought.

And that is just in the observable universe. The best estimate of the age of the universe as of 2015 is around 13.8 billion years, and we can only observe objects up to a certain distance from Earth because light and other signals from these objects haven't had time to reach Earth since the beginning of the expansion of the universe.

"It boggles the mind that over 90% of the galaxies in the Universe have yet to be studied. Who knows what interesting properties we will find when we observe these galaxies with the next generation of telescopes", said Christopher Conselice from the University of Nottingham, UK.

The decreasing number of galaxies as time progresses also contributes to the solution of Olbers' paradox, named after the German astronomer Heinrich Wilhelm Olbers, about why the sky is dark at night. The argument is that the darkness of the night sky conflicts with the assumption of an infinite and eternal static universe.

However, the astronomers came to a conclusion that "there is such an abundance of galaxies that, in principle, every point in the sky contains part of a galaxy." Most of these galaxies are invisible to the human eye and even to modern telescopes, owing to a combination of factors: redshifting of light, the Universe's dynamic nature and the absorption of light by intergalactic dust and gas, all combine to ensure that the night sky remains mostly dark.