BioWare has been quite secretive about Mass Effect: Andromeda's release date, but the release date may have been leaked ahead of schedule.

Originally slated to release this year, the space opera has instead been delayed to an unspecified date in "early 2017". March is certainly "early 2017" territory and fits right in with the projections. 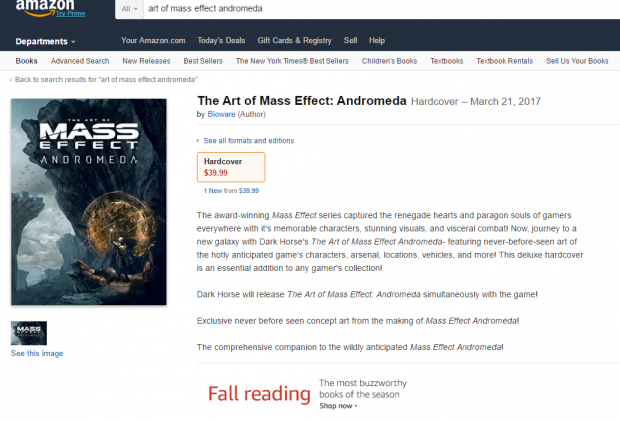 BioWare withheld the game's release date across all major 2016 game expos to date, including E3 2016. BioWare has promised to announce something special during N7 Day on November 7, which will likely be ME: Andromeda's release date, but it looks like the cat is already out of the bag.

Along with the artbook from Dark Horse, Titan Books will be publishing a four-part novel series that ties directly into the games. If the release date is right, Mass Effect: Andromeda will launch in the same month of the second book tie-in.