An Apple customer in Dijon, France was apparently so unhappy with the company's customer service that he decided to smash equipment in his local Apple Store this morning.

In the video below, you can see him in the store using a steel ball like the one used in the French game Pétanque to destroy Macs and iPhones, while talking about his rights as a customer and how poor Apple's customer service has been in his case. It doesn't take long before security shows up and escorts him out, at which point he becomes difficult and later, tries to escape.

It's said police have since taken the man into custody. 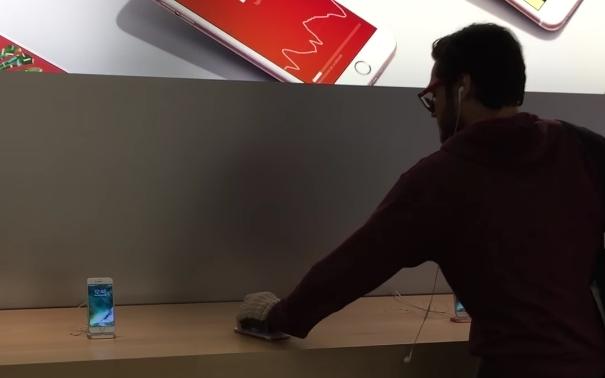