Ever since Pokemon GO was released, people have been injuring themselves by not looking where they're going - with people even dying while playing, and now someone in New York City was mugged while he was playing, and live streamed the entire thing.

RickeyBot was walking through Central Park in New York where he was attacked from behind, and his live stream you could hear Rickey pleading with the attacker, before the camera moves and we see the criminal run off with his device, which was still streaming.

While the mugger had the phone, people in Rickey's live chat were saying whether they should call the police, how to record the stream, and if anyone knows if the thief had been caught. The stream eventually goes dark, without us knowing the outcome of the mugger. Rickey himself is okay, taking some damage to his jaw - forcing him to drink through a straw for a few days. 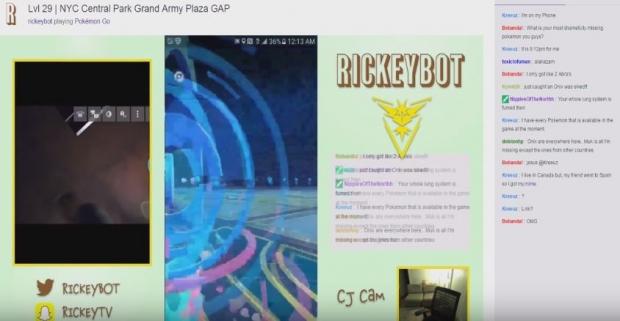