AMD is celebrating the first birthday of Radeon Technologies Group, with the announcement of a new Battlefield 1 upgrade code for Radeon RX 480 graphics cards in certain markets. 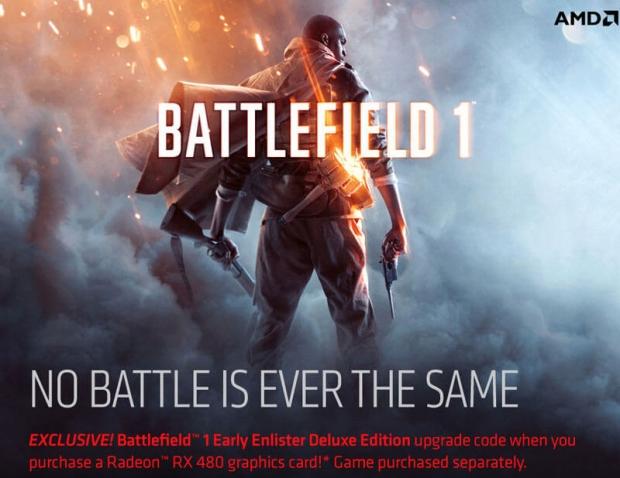 AMD is holding the promotion between now and October 18, so you'll need to buy that Radeon RX 480 in the next month or so to get the bundle.