Gamescom 2016 - If there's something I wanted to see from Gamescom 2016, it was anything on Battlefield 1, and well - we've got it. EA and DICE teased a 64-player match of Battlefield 1, with two teams of 32 duking it out in the World War 1 era first-person shooter.

The footage was pulled, but VG247 Turkey managed to get it back up for your viewing pleasure. In the footage, we can see that there are two teams of 32 playing on the Sinai Desert map, and a greater look at horseback riding and how the horse will handle throughout the environment, and in the battles. The horses actually have a higher health gauge than the player, so if you die or are shot off of the horse, another player can jump onto the horse and keep riding.

Battlefield 1's weapons get detailed in the video, as well as some pretty crazy action in the Conquest mode. The Battlefield 1 beta starts on August 31 on the PC, Xbox One and PS4 while the full game will be released on October 21. 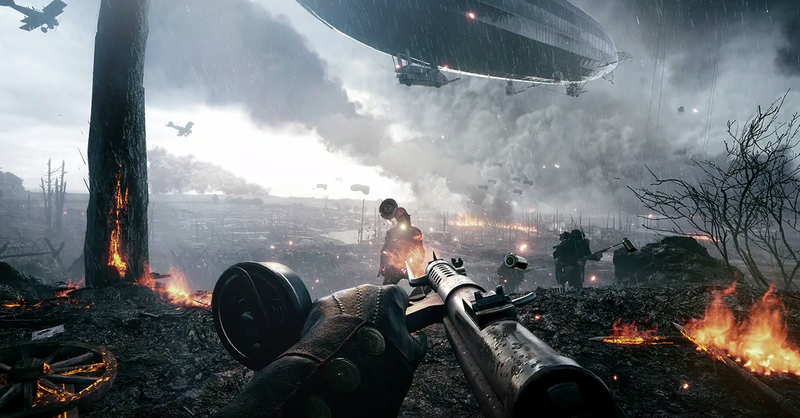