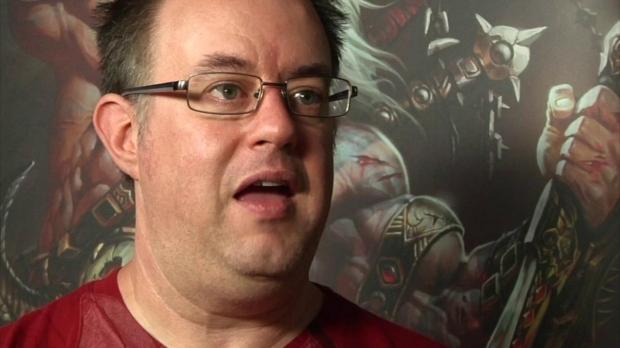 After spending 10 years with Blizzard, key developer Jay Wilson is leaving the games industry. Wilson was one of the main forces behind Diablo 3's Real Money Auction House, a system that almost transformed the Diablo franchise into a money-printing machine. Wilson's work with the RMAH largely alienated him from the core Diablo community, and eventually stepped down as Diablo 3's game director just a year after the game's release so that Blizzard could attempt to undo the damage.

As a Diablo fan that played D3 when it first came out, I can say that the RMAH was the worst kind of microtransaction-style peddling I've ever seen in a game. It not only crushed Diablo's soul into smithereens, but forced Blizzard into an intense damage control mode that ultimately lead to a complete re-working of the game itself. The RMAH ultimately tanked the game's reputation within the gaming sphere, and it wasn't really until Reaper of Souls and the Ultimate Evil Edition that Diablo 3 was able to recover.

"I feel I have made many mistakes in managing that relationship, but my intent was always to provide a great gaming experience, and be as open and receptive as possible, while still sticking true to the vision the Diablo team has for the game," Wilson said during his departure speech.

In any case, Wilson will now chase his true passion in life: writing.