It looks like the Polaris 10 will be hitting Radeon R9 390X levels of performance at half the TDP and under $299, but we don't know much about the Polaris architecture itself... for now. 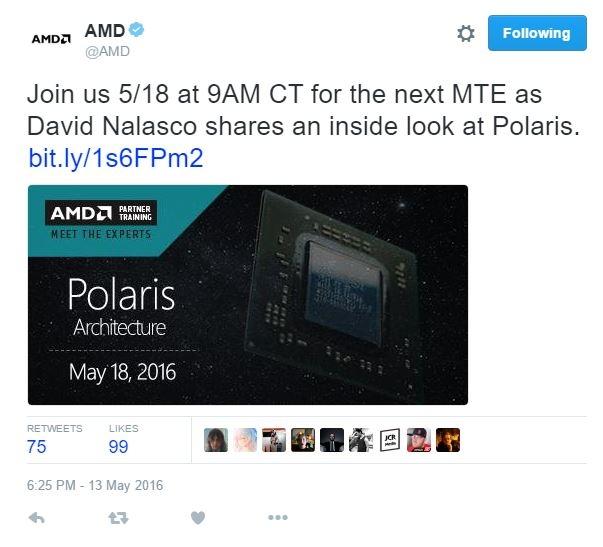 AAMD will be hosting its Meet the Experts webinar on May 18th with David Nalasco, and during the webcast we're promised that AMD will give "an inside look at Polaris". Nalasco is the Senior Technology Manager at Radeon Technologies Group, so we should expect some seriously good stuff on May 18. The NDA runs up on the GeForce GTX 1080 on May 17 reports VideoCardz, so AMD is really sticking itself into a good position with the Polaris reveal 24 hours after.