Manus VR has been working on gloves for VR, but now the company is working on full tracking for your arms, with the HTC Vive.

The company teased its VR gloves last year, but have just now released footage of an experiment they've been playing around with where your arm and elbow movements are pulled into the VR world on the HTC Vive. This could be a huge deal, as it'll pave the way for serious VR experiences using your entire upper body for games like boxing, archery, and more.

The two controllers that ship with the HTC Vive get strapped to your arms, but Manus has been clear that this is just for now, things could change in the future. The question is, would you wear Vive controllers on your arm to get them working in the VR world? I know I would. 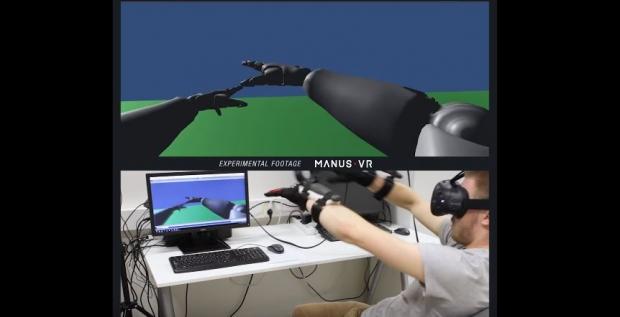