The new Steam hardware survey has some interesting numbers to look at, with the March survey seeing Windows 10 64-bit being the most popular OS on Steam with a huge 37% of users running Microsoft's latest OS. 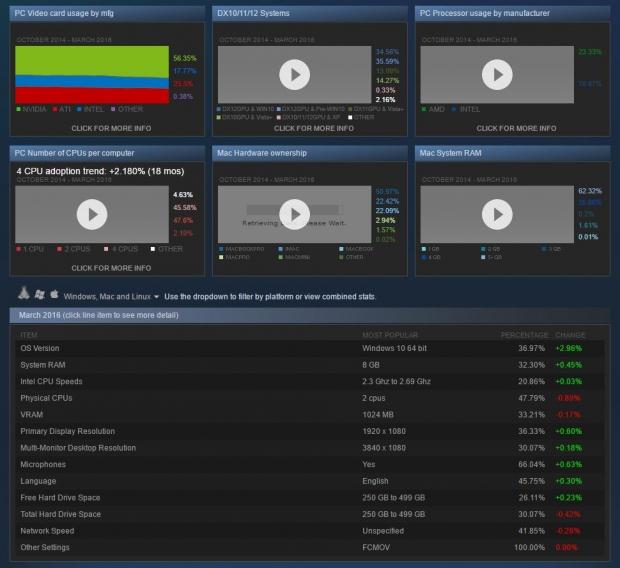 As for video cards, NVIDIA takes a huge chunk of the Steam gaming pie with 56% of gamers running a GeForce video card of some sort, leaving AMD/ATI with 25%. 17% of Steam gamers are still rocking the integrated GPU on their Intel processor, too.

When it comes to CPUs, Intel continues to take the lion's share of Steam gamers with their CPUs - with 76% of Steam gamers rocking an Intel processor of some sort. 47% of gamers use a dual-core CPU, while 45% run a quad-core processor. Just 4.6% of gamers have a CPU with more than four cores, and 2% are still running a single-core CPU.