Star Citizen is an utterly massive game that lets you literally take on any role you could ever dream of. Well almost. But in this most recent trailer they're showing off one of their largest ship creations that isn't military or offensive at all; the MISC Starfarer.

If you've ever dreamt of being a cargo-hauler in the future, specifically ferrying fuel to and from different places, refining and selling it for the highest price possible, then this is the ship you'll need. It is a massive cargo ship that's finally ready to look at and play in inside your hanger in the latest Star Citizen 2.3 update. They've finished modeling the inside and outside of the ship which actually looks quite stunning. It's part of greater economy of the 'verse, which is actually startlingly important despite also being handled by NPC's. It could theoretically be possible to have a shipping empire akin to something you've read about in literature or experienced in real life.

Star Citizen has broken several records for crowdfunding while also coming under scrutiny for how they spend that money. Critics are concerned that the game will never materialize despite the surprisingly open communication about development successes and issues that they encounter. 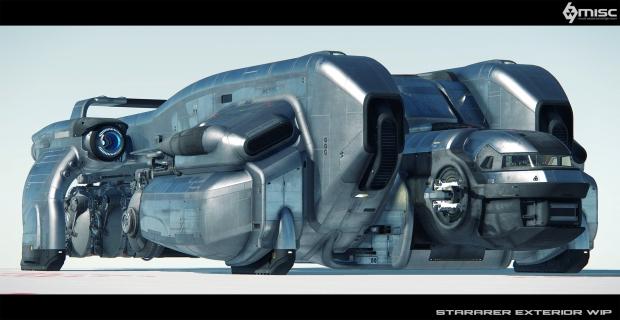