Verdun, the FPS game that realistically tackles trench warfare from WW1, is getting its first expansion, and it's completely free. Horrors of War will have new features, weapons, maps, game modes, abilities and even a new gore system. In other words, it's a massive update too.

They've taken the time to add in new German soldiers, and have added American and Belgian squads in for you to take command and take charge the Axis powers. There are 40 new historically accurate weapons to go along with the new soldiers, with the iconic BAR making an appearance.

The new gore system is really stepping it up a notch, with better rag-doll physics to accompany the ability to dismember your enemies. The whole animation system has been redesigned so that things are a bit more smooth on the battlefield. Death animations, too, have now been added in, as has screaming to give it a much more visceral and realistic atmosphere. If the changelog is anything to go by, there's going to be blood everywhere.

The new map, Champagne, is a close-quarters nighttime map, and looks to be terrifyingly difficult (and fun at the same time). You can try out a new Squad Defense mode, which lets you fight off wave upon wave of bots, even in the cramped confines of the trenches of Champagne. All in all, this is a solid update and expansion, with a lot to offer. And it's free!

BlackMill Games has put a considerable amount of effort into supporting this game post-launch. They've been very responsive both during their Early Access phase and after, responding to the issues and requests of fans while adding value, such as this new expansion. They're committed on a level that's not always easy for such a small developer. Adn they're doing splendidly. 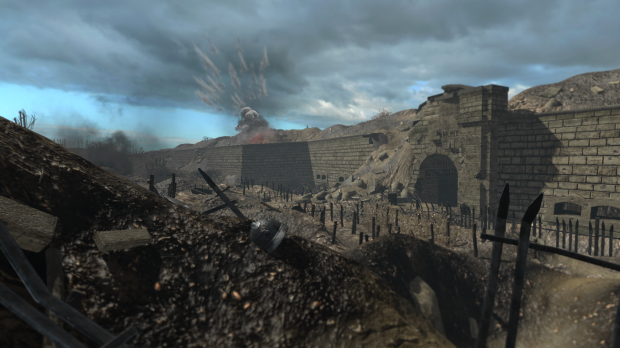