According to Xbox marketing exec Aaron Greenberg, Microsoft has absolutely no plans to allow Xbox gamers to trade in unwanted digital games back to the company's digital storefront for credit. 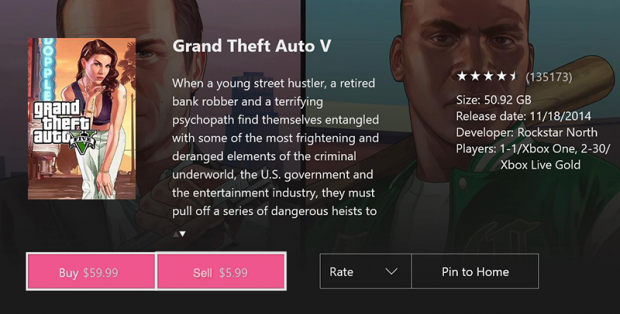 "Yeah we are not actively planning such a thing, surprised it was even asked in a survey," Greenberg wrote in a Tweet response to industry analyst Michael Pachter, who criticized the trade-in policy as "playing with fire". As Greenberg is Microsoft's chief marketing exec, he'd be on the up and up when it comes to new storefront features.

The whole idea was kicked off by an official Microsoft user survey that asked gamers if they'd like to be able to trade in digital Xbox games for 10% of their purchased value. The news spread like wildfire, engulfing the entire Xbox community within days. Suddenly every Xbox One owner saw dollar signs when eyeing all those old digital games they never play.