To celebrate this week's release of 'Hell On Wheels: Season Five - Part 1' on Blu-ray HD and DVD, we have five Blu-ray prize packs to give away thanks to our friends at eOne Home Entertainment. 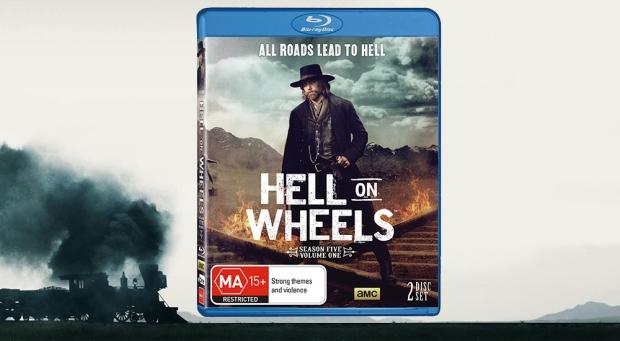 Cullen Bohannon, a former soldier and slaveholder, follows the track of a band of Union soldiers, the killers of his wife. This brings him to the middle of one of the biggest projects in US history, the building of the transcontinental railroad. After the war years in the 1860s, this undertaking connected the prospering east with the still wild west.

What year was the First Transcontinental Railroad completed?

'Hell On Wheels: Season Five - Part 1' is available on Blu-ray, DVD and Digital from Australian retailers from March 233.