We haven't seen a new GPU release in over 6 months, but GPU shipments are quite healthy. According to the latest data from Jon Peddie Research, overall GPU shipments increased 2.4% in Q4 2015 compared to the previous quarter. Why the increase? Well, new games were released in the last three months of 2015, but with next-gen GPUs only months away, consumers are holding back their wallets. 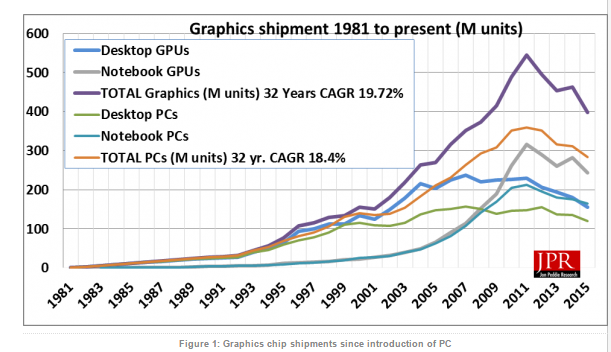