If you ever wanted to know the depths with which the universe was modeled in Evochron Legacy, well now you know that even the physics of gas giants have been put into the game. And now you won't just be crushed instantly from the high-gravity either, it'll be a more gradual death. 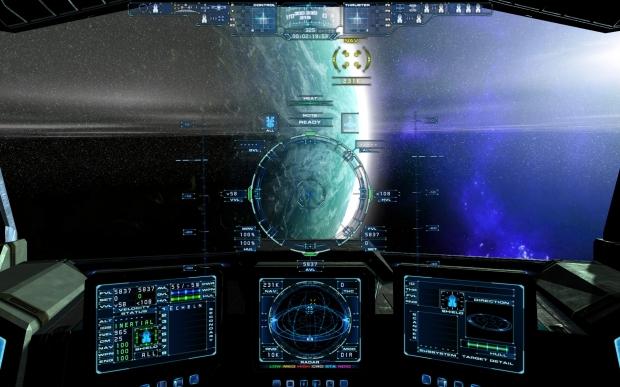 Evochron Legacy keeps getting updated, and not because it was broken on launch, but because there's always something that might not have been thought of by the one man development team, and he's open to feedback. This time he's fixed the physics for when you feel like flying through a gas giant, which is just one small part of the vast universe that's being procedural rendered in this game.

Other cool fixes are mainly quality of life based, with a change to how Fog works in planets, how the equipment list sorts things and a reduction in the chance that your hired crew will actually leave. It's sad to see people leave with no notice and for no reason.

But overall the game is receiving regular updates, and aside from that, it worked fantastic when it was just released. Such large space-sims aren't always popular due to the challenge they present. In this case there're a multitude of opportunities in front of you, but a learning curve and a lack of curiosity might prevent a lot of people from actually starting that journey. It's a great game though with as much depth as it has breadth. Space-sim enthusiasts in particular might very well enjoy this game.