CES 2016 - Supermicro is adamant about entering the gaming market. And that's a very good thing for gamers. They're known for producing some of the most reliable motherboards around for the workstation and data-center markets, and now they're taking all that engineering know-how into the gaming macrocosm. 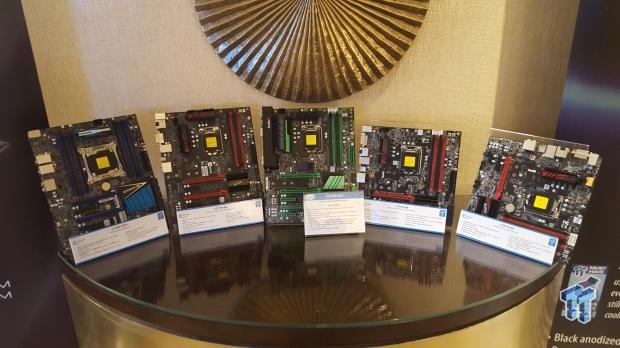 They've had motherboards before that're geared towards gamers, but they haven't quite been too popular due to the association of them strictly with the enterprise segment. But Supermicro is adding a lot more motherboards to their roster in 2016. They're breaking out Z170 boards in micro-ATX and ATX flavors that'll feature some very cool color combinations and be backed by their incredibly strict validation process. They aren't a value brand, and they make equipment that's designed to last in 24/7 operating environments for many years, so they're a safe bet in most respects.

Supermicro will have a new Z170OCE overclocking friendly board in a green motif, as well as a micro-ATX H170 variant that'll carry on the red colors of it's big brother, the Core Gaming Z170. The new Z170OCE will have 6 USB 3.0 ports, 1 USB 3.1 and a Type-C port on the rear. It also has 6 SATA 3.0 ports and a PCIe x4 enabled M.2 slot just waiting for that NVMe enabled Kingston Hyper X Predator shown off at CES.