While all eyes are glued to Star Wars: The Force Awakens this week - which just had the biggest opening ever, Batman v Superman: Dawn of Justice is getting some TV spot lovin' in Germany.

The new German TV spot teases a few seconds of new footage, even in its short 30-second runtime. In the middle of the clip, Batman is flying the Batplane towards Superman, firing rounds of bullets at him - while Superman doesn't even take a scratch.

We also see Superman in some flames at the 0:19 mark, Batman knocked to the ground at 0:20, and Superman flying forwards along the ground in a cloud of dust and smoke at 0:24. I still think we're not receiving the full picture here, and that the pissed off Superman we're seeing is actually Bizarro - the first creation from Lex before we see Doomsday unveiled later in the movie - but that's just me. 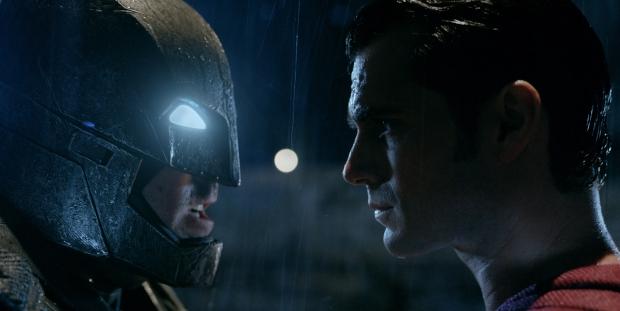