We knew it was coming before the end of the year, but it looks like AMD is preparing to launch its dual-GPU beast in the form of the Radeon R9 Fury X2, very soon. 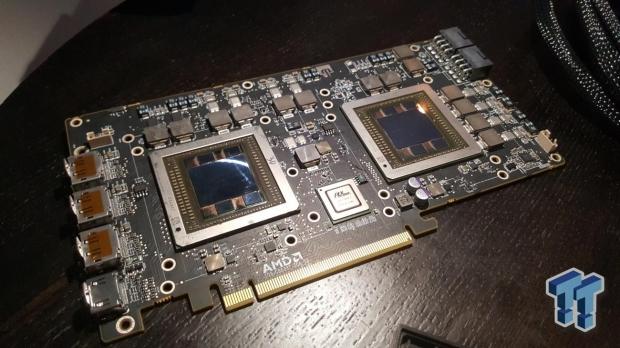 AMD is reportedly holding a special event in December where they'll release the Fury X2, which should be an interesting card. Considering the Radeon R9 Fury X has 2 x 8-pin PCIe power connectors, the Fury X2 might use two Nano cards combined, to keep under that 300W TDP. Where is the news coming from? Well, Johan Andersson from DICE, of course.

Andersson posted to his Twitter account: "Dat feeling when your just arrived closed liquid cooling pre-release GPU turns out to not be so closed after all". If that's not proof enough, we don't have long to wait to see if AMD does indeed unveil the Radeon R9 Fury X2 next month.