We know that mobile gaming is huge, but did you know it was worth up to $25 billion? According to the latest report from EEDAR 'Deconstructing Mobile & Tablet Gaming 2015', the global market for mobile gaming will be worth $25 billion or so by the end of 2015. 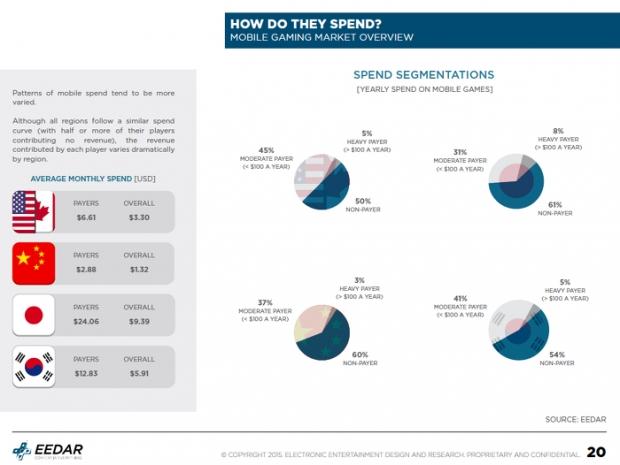 The United States, Japan and China are where most of the money is made with $5.41 billion, $5.16 billion and $5.01 billion, respectively. South Korea is behind considerably, but still worth a large chunk of $1.37 billion. The Asia Pacific countries collectively make up most of the world's mobile gaming business, with 50% of the world's mobile gamers making 56% of the global revenues coming from the Asia Pacific region.