AMD has a new Embedded single-chip system-on-chip (SOC) processor family on the scene with its new R-Series. It's aimed at the high-end market, and packs its latest 64-bit CPU core "Excavator", as well as a third-gen GCN GPU architecture. It's also the first of its kind to support dual-channel 64-bit DDR4 (with speeds as high as DDR4-2400; DDR3 is also supported with speeds up to 2133). 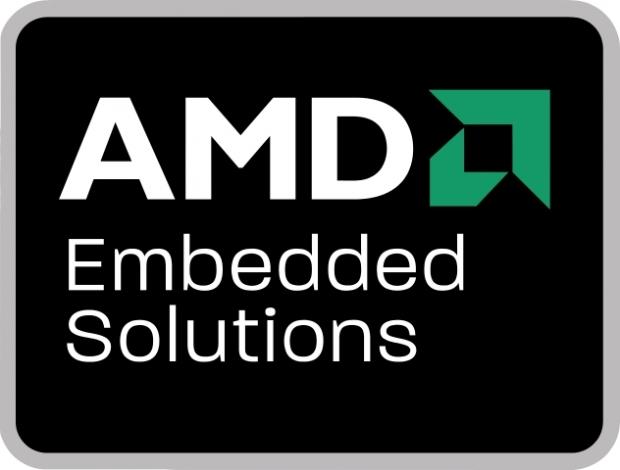 On the graphics and video front, the R-Series supports High Efficiency Video Coding (HEVC)1 for full 4K decode and DirectX 12; the specifications note up to eight compute units and two rendering blocks and GPU clock speeds up to 800MHz resulting in 819 GFLOPS. The company claims 22 percent better performance over the 2nd Generation AMD Embedded R-Series APU2 and 58 percent better performance over the Intel Broadwell Core i7 in graphics-intensive benches.

As for efficiency, AMD boasts full HSA implementation and hUMA utilization for what they feel results in great CPU, GPU, and memory performance. Additionally, thermal design power is configurable, and power usage is said to be reduced 35 percent compared to the 2nd Generation AMD Embedded R-Series APU.