Currently set at 50% off ($4.99) for a limited time, Tweetbot 4 has now seen iOS 9 support. This application is useful for things such as syncing your timeline across all apple devices, muting users, hashtags, sources or keywords and more. The issue with this update is the forced purchase - no matter if you have Tweetbot 3 or not, you're still going to have to pony up the dollars. 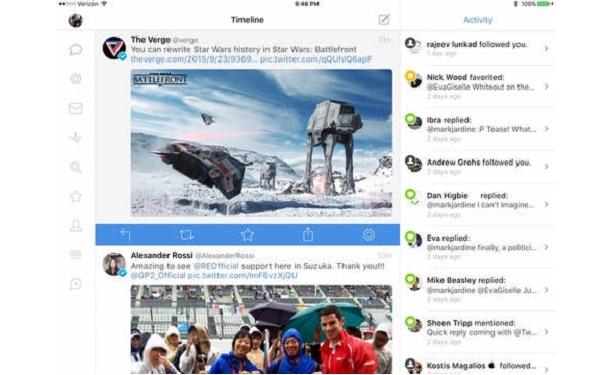 Version 4 has added iPad support, landscape support on iPhone and iPad, split view multitasking, notification quick reply and more. Officially released on October 1, this version is iOS 9.0+ only, users looking for an older iOS supported version will need to look into Tweetbot 3.

Just a few days after release this app already has a 4.5-star rating across 733 reviews in total and if you're worried about space constraints this app checks in at a small 6.8MB. With the discount being upheld for a limited time only, you should pounce before the price goes up if this app interests you.