We know it's coming, and we can't wait - NVIDIA begins showing off more and more of its new Pascal architecture, teasing the HBM-powered Pascal GPU at GTC Japan 2015 recently. 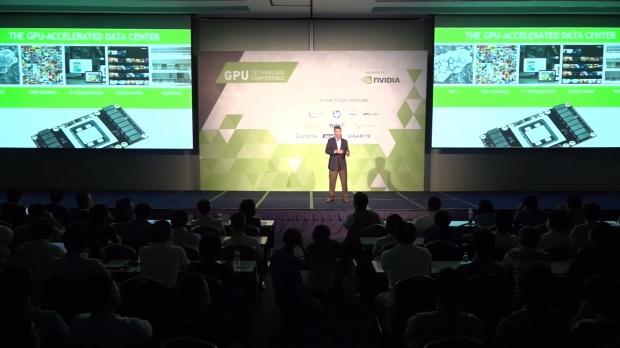 The last time we saw Pascal was when NVIDIA CEO Jen-Hsun Huang showed off a prototype board at GTC 2015 in March, but now we're seeing a slightly different Pascal GPU board than we saw earlier this year. The board features an actual Pascal GPU now that it has taped out, with the consumer GeForce card to feature a huge 16GB of HBM2 while the professional side of things will bump things up to 32GB of HBM2.