TSMC has confirmed that it has made the first samples of NVIDIA's next generation GP100 GPU, with NVIDIA now testing the new Pascal architecture internally. When should we expect the consumer release? Sometime mid next year. 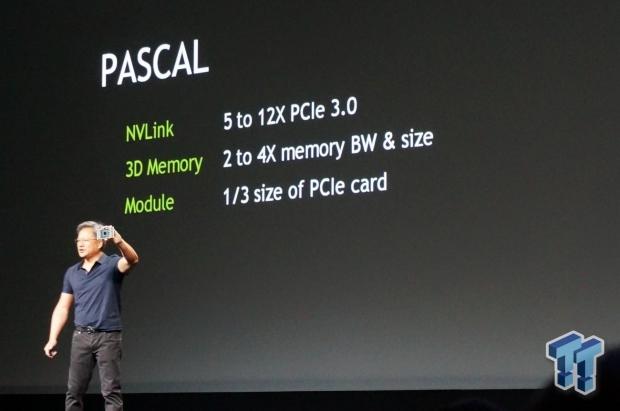 NVIDIA has been sent the first GP100 samples to its subsidiary in India, but we don't know anything other than this. The company taped out its GP100 GPU in June, which is going to be made on the 16nm FinFET+ process, and we should see it utilizing HBM2, providing 1TB/sec of memory bandwidth. This will be quite the increase on the 334GB/sec that the GTX 980 Ti and Titan X are capable of, and is double the 512GB/sec that AMD's Radeon R9 Fury X can muster with its HBM1.

The new Pascal architecture should also deliver its own upgrades over the Maxwell architecture that has been so good to NVIDIA across 2015. The GP100 rocks 17 billion transistors, and should see NVIDIA pack in some 6000 or so CUDA cores, up from the 2816 CUDA cores found in the GM200-powered GTX 980 Ti. Personally, I think we might see NVIDIA release multiple Pascal products - where I would love to see a GDDR5-based offering for the cheaper mainstream side, and a HBM2-powered GeForce 1000 series card for the enthusiasts.