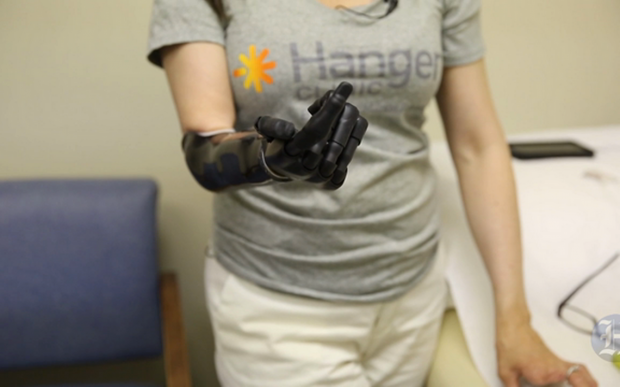 The i-limb quantum has greatly improved battery life, has more strength when a wearer needs it, and is faster and smarter than other bionic prosthetics. Uzcategui noted that other prosthetic hands she has used were unable to keep up with her daily tasks - a common complaint among patients with prosthetics.

"This is the latest and greatest in upper extremity prosthetic hands. It's quicker, it's faster, it's lighter and smaller," said Matthew Klein, from the Hanger Clinic, in a statement to CBS News Miami.