To celebrate this week's release of the acclaimed Paul Thomas Anderson 'Inherent Vice' on Blu-ray HD, DVD and Digital, we have copies of the Blu-ray to give away to five readers. 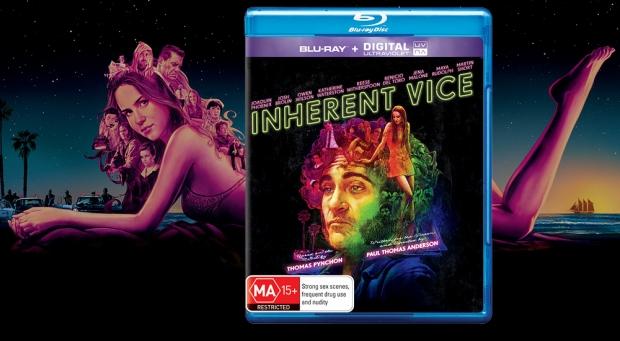 When private eye Doc Sportello's (Joaquin Phoenix) ex-old lady suddenly out of nowhere shows up with a story about her current billionaire land developer boyfriend whom she just happens to be in love with, and a plot by his wife and her boyfriend to kidnap that billionaire and throw him in a loony bin... well, easy for her to say. With a cast of characters that includes surfers, hustlers, dopers and rockers, a murderous loan shark, LAPD Detectives, a tenor sax player working undercover, and a mysterious entity known as the Golden Fang, which may only be a tax dodge set up by some dentists... Part surf noir, part psychedelic romp - all Thomas Pynchon.

To go into the running to take a Blu-ray home, simply answer the following question in 50 words or less:ss:

'Inherent Vice' is available on Blu-ray HD, DVD and Digital from Australian retailers from July 22nd.