SoftBank will begin selling its Pepper humanoid robot in Japan on Saturday, with each unit available for $1,600. It'll be possible to rent a Pepper unit for about $12 per hour, in an effort to draw attention from the public. The company expects to manufacture around 1,000 robots per month, with sales in the US and Europe opening in 2016.

Along with the robot, SoftBank will include a support plan for around $120 per month, providing access to an app store and voice-recognition software. Interested customers can expect around 100 apps at launch, with additional software currently in development.

The robot is able to remember faces identify human emotions, and could be programmed to spot speech functions.

Pepper originally seemed destined to be used as an in-store greeter, but the public's reception has opened up new opportunities. The humanoid could be used in schools, homes, and retirement homes, as children and the elderly tend to like the robot - and should find additional uses as more customers begin to purchase the units. 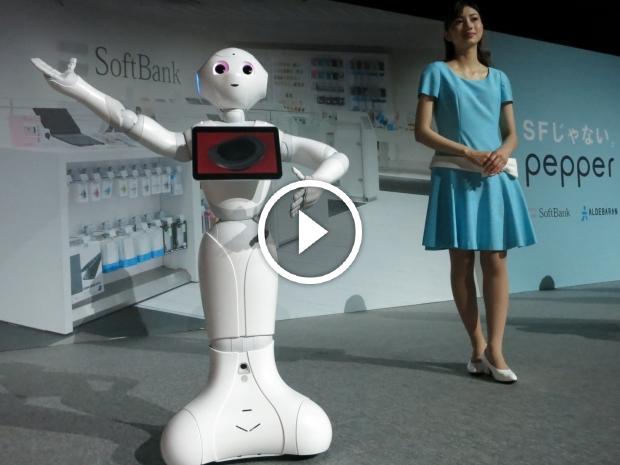