NVIDIA released the GeForce GTX 980 Ti at Computex 2015, blowing us away initially, but we were more excited over what the AIB partners were going to provide with custom cards. Well, here we are with GAINWARD teasing its new GeForce GTX 980 Ti PHOENIX "Golden Sample" card. 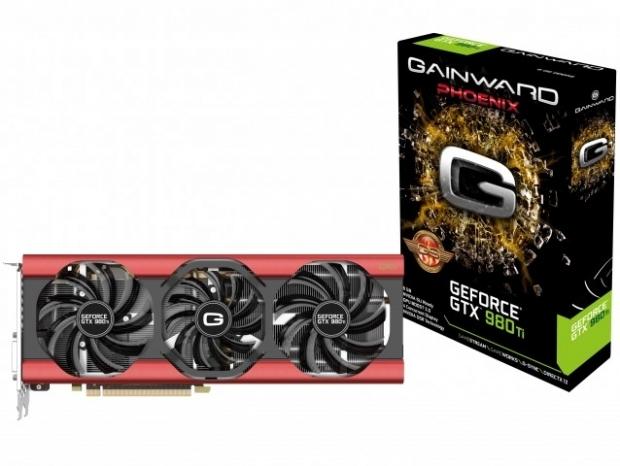 The GAINWARD GeForce GTX 980 Ti PHOENIX "Golden Sample" card features a Base Clock of 1152MHz (1241MHz Boost) and 6GB of VRAM at 7GHz. This represents an 11% overclock on the reference design from NVIDIA. Better yet, GAINWARD has used a triple-fan design to keep it cool, with a "Zero RPM fan design" that sees the fans stay stationary until the GPU itself reaches 60C.

We have reached out to GAINWARD to secure a sample, so with my fingers crossed we should have a review of this beast sometime in July.