E3 2015 - Arkane Studios took to the Bethesda conference at E3 to officially announce Dishonored 2. The studio teased a trailer that wasn't in-game, but it looked impressive, and most of all, fun. 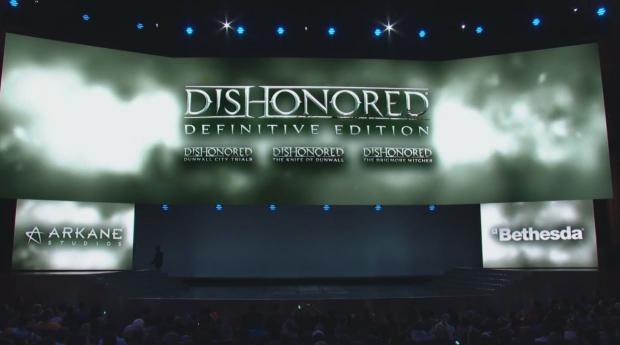 Dishonored 2 will be hitting the Xbox One, PS4 and PC sometime in 2016. Arkane Studios also announced Dishonored: Definitive Edition, a remastered version of the first game that will be released on Xbox One, PS4 and PC. The Xbox One and PS4 versions of the game will receive a graphically-enhanced version of the game, when compared against their previous generation counterparts.

Dishonored: Definitive Edition will include all of the DLC that was released for Dishonored, and will be made available in the fall.