Starbreeze Studios, the developer behind the Payday series of games, has just surprised the world by unveiling their own VR headset, known as Project StarVR.

The new VR headset will be shown off at E3 this week, alongside Overkill Software's upcoming shooter based on The Walking Dead. Starbreeze has acquired French VR hardware developer InfinitEye, with InfinitEye turning into Starbreeze Paris. Moving onto StarVR itself, which is sporting a huge 210-degree horizontal field of view, with a resolution of 5120x1440, courtesy of its dual 5.5-inch panels.

StarVR is really upping the ante on VR headsets, offering gamers immersive orientation and positional tracking as it features a plethora of gyroscopes, accelerometers, magnetometers, and an optical tracking system. The developer teased a shotgun prop that was tracked positionally, so just imagine that in The Walking Dead game for a minute. 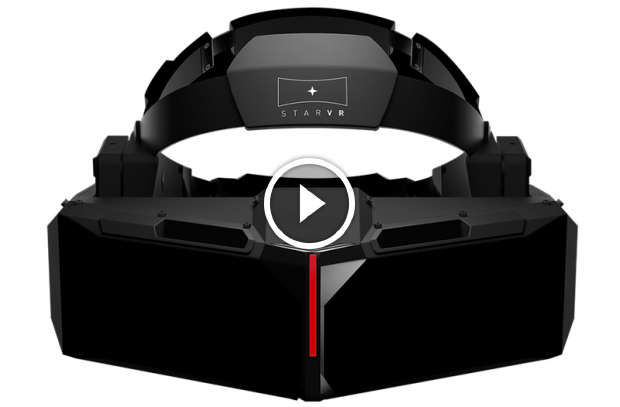 Starbreeze CEO Bo Andersson Klint said: "The landscape of entertainment is rapidly transforming. Experiences are moving from linear to user-determined, pushing storytelling to responsive and inclusive formats. The virtual reality setting allows us to completely immerse our players in our games. Starbreeze is on the frontier of VR development and we see it as a new platform ready for AAA experiences in games such as Overkill's The Walking Dead".

He added: "Virtual Reality is here to stay and will skyrocket the world of entertainment to a completely new level. At Starbreeze, we are set to be one of the frontrunners of this ground breaking development, bringing the next generation entertainment experiences to reality".