Yesterday, Paramount Pictures launched their first look at footage from the fifth installment in the long-running Tom Cruise 'Mission Impossible' franchise and today they've launched an expanded teaser trailer which sheds more light on the film's plot, along with even more action shots to get fans excited for the July release.

Hitting cinemas 20 years and 8 weeks from the release of the first 'Mission Impossible' film in 1995, the latest film in THE franchise features Tom Cruise reprising his role as IMF agent Ethan Hunt once again, along with co-stars Rebecca Ferguson and Simon Pegg. Despite now being 52 years of age, Cruise is definitely not showing any signs of letting up, with the trailer keen to point out he's still in great shape and keen to do as many of his stunts as possible. 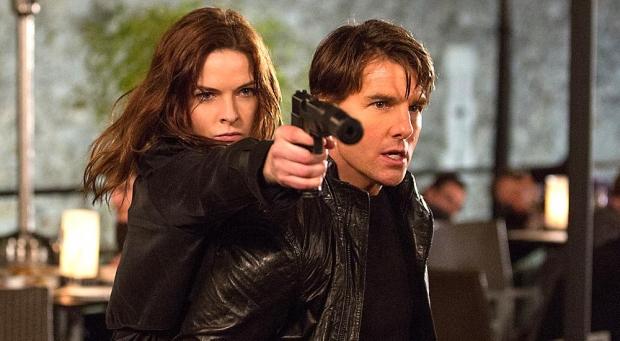