According to reports coming out of the United States, actor Harrison Ford has been "seriously injured", when the vintage plane he was piloting crash landed on the green at the Penmar Golf Course in Venice, California. 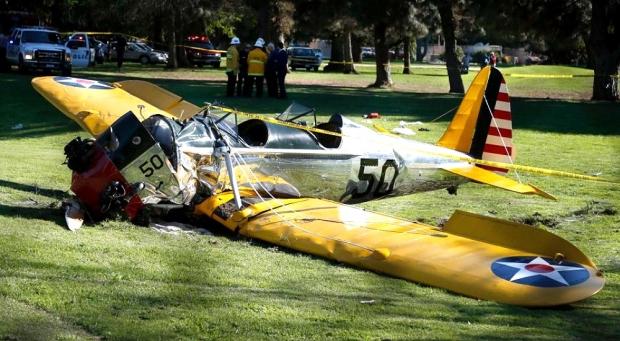 TMZ have reported that the suffered multiple gashes to his head and was bleeding. No official word on his condition as yet.

Ford will next been seen reprising his role as Han Solo in 'Star Wars: The Force Awakens' in December.