MWC 2015 - We knew it was coming, but Sony has made the Xperia Z4 Tablet official at MWC 2015 in Barcelona, Spain. The new Xperia Z4 Tablet is one of the most powerful slates on the market, and some.

We have a 10.1-inch 2K display (2560x1600) giving us a pixel density of 299PPI, but inside we find the Qualcomm Snapdragon 810 processor (an 8-core 64-bit CPU) at 2GHz. There's 3GB of RAM, 32GB of internal storage which is expandable through microSD right up to 128GB. Sony will be offering the new Xperia Z4 Tablet as a Wi-Fi only tablet, as well as an LTE-capable model.

On the back we have an 8-megapixel rear-facing camera, backed up by a 5.1-megapixel selfie shooter with a wide-angle lens. Sony has crammed a 6000mAh battery inside of the Xperia Z4 Tablet which the company says is good for around 17 hours of video playback. Out of the box we will have Google's latest Android 5.0 Lollipop. 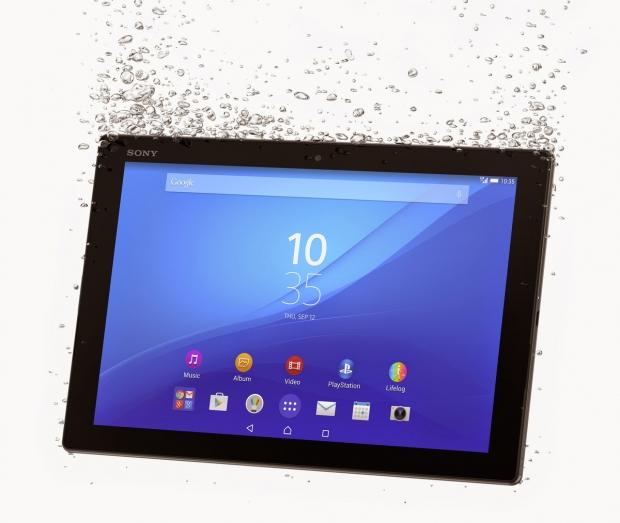