The unique robotic ball can vary in sizes, from 10cm up to 9 feet, controllable by one operator or programmable via GPS. The GuardBot was created for non-intrusive surveillance and is extremely quiet as built-in cameras and sensors provide feedback from inside the sealed sphere physical casing. The team is looking to develop software supporting geographic information system data to increase autonomous activity.

American Unmanned Systems has a cooperative research development agreement (CRADA) with the US Navy, so they are able to use government research labs and resources to help develop the GuardBot. It was first presented to the military at Marine Corps Base Quantico in 2012, traveling through a volleyball pit - and was shown again in 2014 at the Naval Amphibious Base, deploying and returning to a naval craft.

This technology could be used away from the military, helping augment security staff at shopping malls, corporate centers, and other similar locations. 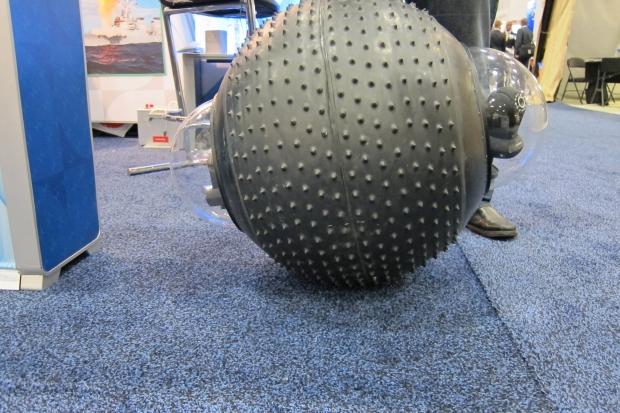