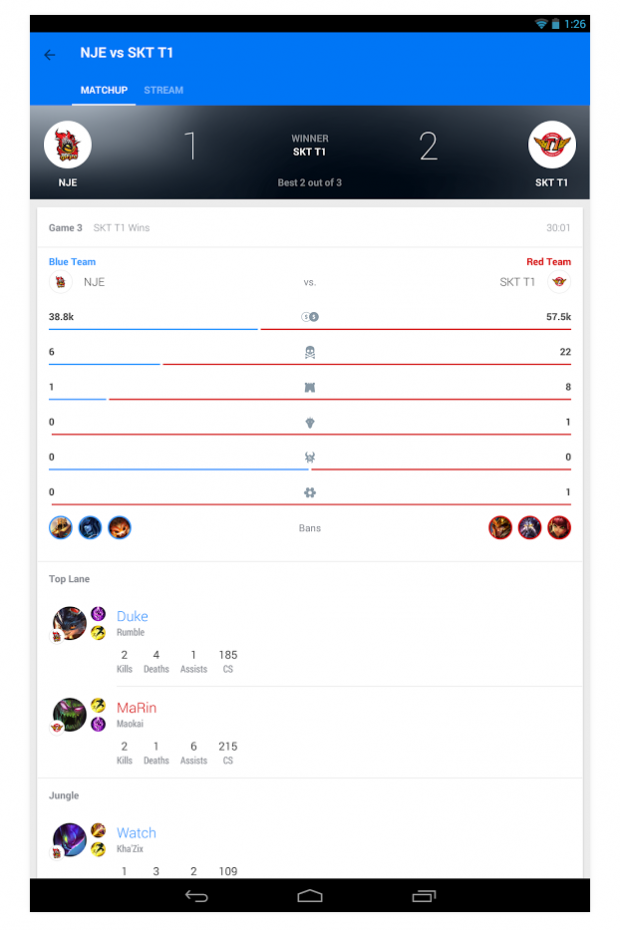 There will be more games added to theScore eSports app, but for now it includes League of Legends, DOTA 2, Counter-Strike: Global Offensive, Call of Duty, StarCraft II and Hearthstone. Major tournaments can be followed with real-time scores, standings, ladders and curated links to the live streams of the events as they're happening.

theScore says that they are "the first major sports media company to launch a dedicated mobile app for eSports" which is huge, as eSports just isn't slowing down. If you want to grab theScore eSports for Android, check it out on the Google Play Store.