2014 was a massive year for gamers, but more specifically PC gamers were able to enjoy multiple digital distribution services like Steam, Origin and that inbred cousin we all love to hate: uPlay. 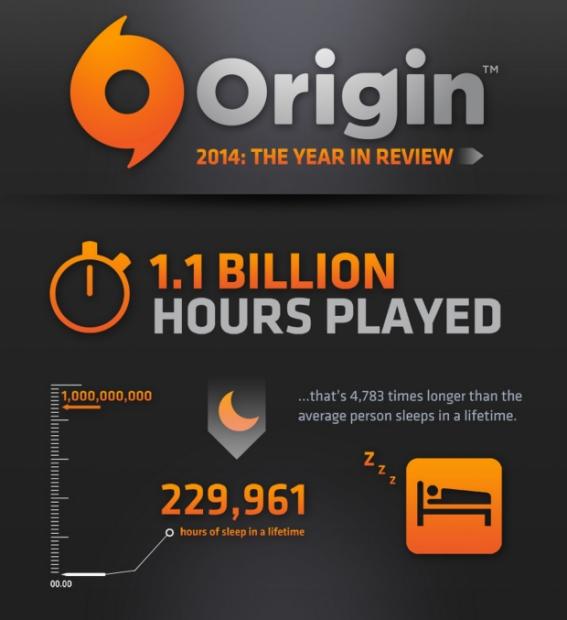 EA has just released some great details on Origin, showing that there were over 1.1 billion hours of games played on its service, which is 7,483 times longer than the average person sleeps in a lifetime. When it comes to their free games through Origin's 'On The House' service, over 25.2 million games were given out for free, or one free game for every seven gamers in the US (of which there are a total of 188 million).

As for gaming sessions, there were 1.7 billion game sessions over the year, and over 1.4 billion logins, too. That's close to one login for every single PC in the world, which is a huge number. But when you have games like Battlefield 4, Titanfall, and more - you can see why these numbers will only continue to grow going into the New Year.