Microsoft has announced a new skin pack featuring characters from "The Simpsons," which will be available on the Xbox 360 and Xbox One in late February. It will cost $1.99. 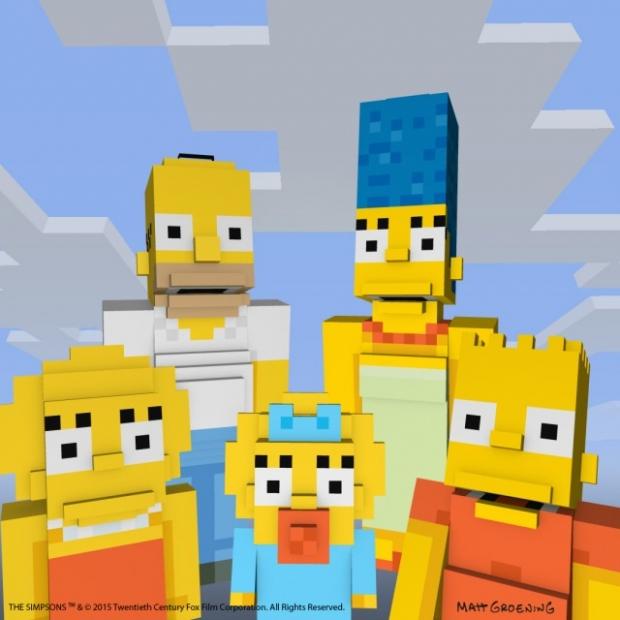 Gamers will get to try out Home, Marge, Bart, Lisa, Maggie, and 19 other characters from the longstanding popular TV show. Support for Minecraft on other platforms is expected to follow the Xbox 360/Xbox One launch.

"We have an active community of more than 14 million die-hard Minecraft fans on Xbox Live enjoying the wide range of downloadable content on Xbox, and they have been clamoring for us to bring Simpsons characters to the game," said Phil Spencer, head of Xbox, in a blog post. "We are thrilled to partner with Twentieth Century Fox and Gracie Films to bring The Simpsons to life on Minecraft Xbox 360 and Xbox One editions. I can't wait to see what the community creates."

A number of different costume packs have been released for Minecraft, so it's no surprise to see The Simpsons finally included in the fun.