Originally reported by Kotaku, Riot Games are working on building their own network across North America and Europe to help combat and defeat lag in their popular MOBA title - League of Legends (LoL). 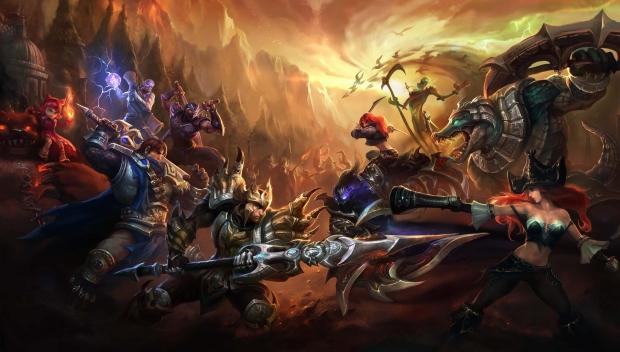 This goes to show how big LoL has really come. These days if you're travelling into the city on a train or bus, you can often hear the youngsters going on about a penta-kill they achieved last night, or how they think Teemo is the cutest and most annoying character on the planet.

The basics of this announcement is that Riot Games are working on their own direct network for LoL traffic, helping combat lag. Riot's official explanation of this implementation is as follows:

Currently, ISPs focus primarily on moving large volumes of data in seconds or minutes, which is good for buffered applications like YouTube or Netflix but not so good for real-time games, which need to move very small amounts of data in milliseconds. On top of that, your internet connection might bounce all over the country instead of running directly to where it needs to go, which can impact your network quality and ping whether the game server is across the country or right down the street.

Small-time Australian gamer-ISP, Zeno, has given their own thoughts on this matter, hopefully further explaining for those who still don't quite understand. Their CEO, Ben Cooper, states "Some of you may have heard of League's announcement, that they are building a dedicated low-latency backbone to transmit game data across the globe in record time. But at the end of the day, your game data must still reach you through your ISP, who often trade latency for bandwidth in order to optimize for bulk transfers (i.e. downloads). How do you get low latency where it matters?

This is where Zeno comes into its own. Our internal network and customer connections are built with gamers in mind, and tuned for low latency, ensuring your packets reach their destination as fast as possible, end to end."

This is set for release in March 2015 - firstly in North America, with Europeans told to be on standby. If you're wanting more, there's also a more technical explanation on hand.

Many players should see improvements in network quality as our new North American network rolls out. These improvements could be less ping time, less network packet loss, and more stable connections (less disconnects). Ping, packet loss, and stability may not all move in the same direction for all players depending on location within North America, their ISP (how their ISP connects to Riot's network).

Ping, packet loss, and stability are not always tied together and can be affected by many things. When it comes to network quality we prioritize stability, reduced packet loss, and ping time pretty much in this order. You can't play the game if you are not connected, you will see more lag with more packet loss, and ping can become a problem when it gets significantly high or is unstable (shooting up and down all the time in the middle of the game).

The game client only reports ping time to players but it also tracks stability and packet loss to Riot (and in client log files) on a near real-time basis (though it can take us a day to crunch all the data from all the game clients before we see a troubling trend developing so we are not yet at real-time detection of some network problems). Sometimes packet loss will show up in your ping time, usually you will see it jump up and down quickly which often indicates packet loss is happening or if severe packet loss will show up as lag in the game.

Faster ping time is often reported by players to "feel" better and is often something that is reported to be more meaningful the better you are at playing a game. How fast ping is before you feel the difference is likely dependent on the individual but it is generally thought the lower the better (diminishing returns apply, going from 160 ping to 90 ping is more impactful than going from 110 ping to 40). Lower ping time can also help mitigate packet loss since the game can recover missing packets faster. Because the Internet is a loose collection of various private and public networks, ping time is something that will constantly change for players. Some players could see slight increases in ping times while others can see significant reductions as our new network comes online. Our goal is benefit the most players and then troubleshoot ISPs that still have players with poor network quality.