Remember when the iPod Classic was quietly assassinated and taken down from Apple's e-shelves late in 2014? We reported recently that these products are becoming somewhat of a collectors item, drumming up large prices through online mediums such as eBay - seeing prices like $350 being commonplace for second-hand offerings. 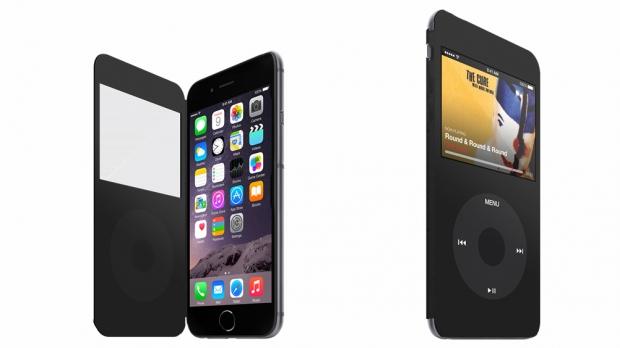 Designer Claudio Gomboli wants to bring the Classic back to reality, releasing a nifty new concept design. As we've discovered, this design is purely just a concept, with no current means for funding or implementation into the market - but it's certainly not out of the equation for this to happen in the future.

Thanks to the click-wheel making long song list scrolling an easy task, this design is basically a simple cover for an existing iPhone or iPod touch. This means that if Gomboli is to make this as a 3rd-party add on for existing products, expect Apple to not play nice. However if you're already running or are planning to run a jail-broken phone, you should have no issues.

Either way this is a pretty cool concept and design, here's hoping it hits Kickstarter in the near future.