Sony is aiming for 1080p at 60FPS for PlanetSide 2 when it lands on the PlayStation 4, but this might be a hard task thanks to the constraints of the Accelerated Processing Unit, or APU, inside of the PS4. 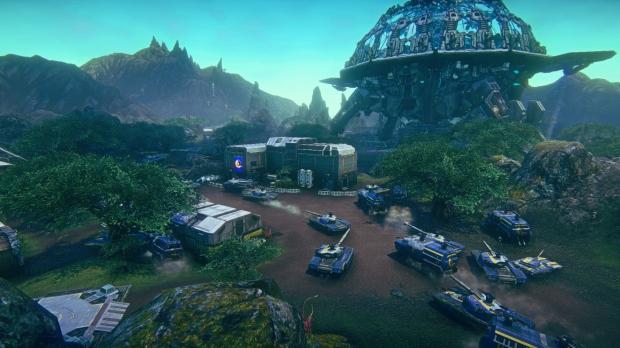 Sony Online Entertainment, the developer behind the game, is having some trouble with the CPU side of the APU. The team is trying to get more on-screen action happening, while maintaining the 60FPS frame rate, but the CPU is the bottleneck. PlanetSide 2 will be released onto the PS4 next month, with the developer doing some last minute tweaks to get the game hitting 1080p at 60FPS.

The Creative Director on the project, Matt Higby, talked with Eurogamer that the game is constantly being optimized, with the real bottlenecks in the development process being on the CPU side of the PS4s APU, and not its GPU. He said that the GPU side of the AMD-powered APU isn't getting hit as badly, with the GPU handling the graphical side of things well, but the CPU is dragging its heels with the frame rate and the amount of on-screen activity. Higby said: "Our real bottlenecks are on the CPU side. From a graphical fidelity perspective, people will be impressed with what they see on the PS4. That's always one of those things people are skeptical about. I see every time we post an article like this I always get called out: 'haha, it's bullshit he's saying it's going to look as good.' It really does".

He continued: "Again, the graphical fidelity is every bit as high. The slowdowns we have are on the CPU side more than the GPU side. It's because we're tracking and updating so many different players moving on your screen and moving around at once. All that animation and all the audio that's associated with all those characters running around, all of their projectiles being simulated in their client, all those things end up hitting the CPU, not the GPU. So, generally when our frame-rates are low, it's a CPU problem, not a GPU problem. And that's where we're optimising right now, to get our CPU running faster so the game is running at a more consistent frame-rate on the PS4".

Even after all of this, SOE is still aiming for 1080p at 60FPS, but Higby did say that if they need to compromise, the frame rate will be kicked down to a firm 30FPS. When talking about this part of the story, Higby added: "Right now we're running for 1080p. We're still trying to shoot for 60fps. We're trying to get a solid frame-rate. So if we go to 30 it'll be because we want to maintain a completely solid 30fps. But that's the optimisation we're working on right now. And we're still grinding on it".