Jeremy Gutsche signed up for a 30MB in-flight Internet plan when he boarded his Singapore Airlines flight, priced at $28.99. Once a user goes over the 30MB, they're charged for the data used beyond it, where Gutsche's bill ended up landing on $1171 in additional charges. 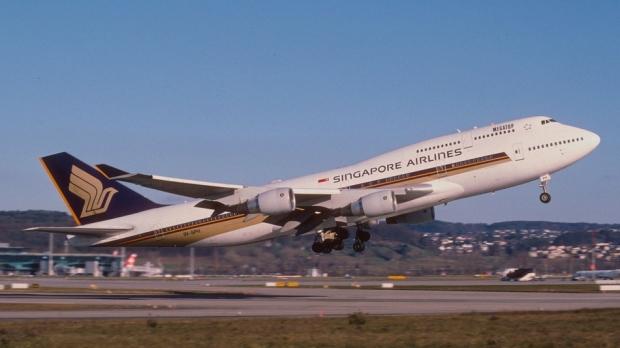 Gutsche took to his website, where he wrote: "I had an otherwise enjoyable flight but the sticker shock of being gouged $1,200 made me feel like I was deplaning from Total Bastard Airlines, that old skit from SNL where they kick you off the plane with a 'Buy BYE! If you were a family traveler or someone like my mother, that bill would certainly ruin your vacation".

Gutsche said that he visited around 155 webpages, checked his e-mail, and uploaded some PowerPoint presentations. He then estimated that his PowerPoint presentation cost around $100 to upload, adding that "I hope my team liked it". OnAir, the firm responsible for the in-flight Wi-Fi told The Wall Street Journal that the purchase process is "entirely transparent", and that "To consume several hundred megabytes during one flight takes much more than basic email viewing, for example downloading heavy attachments, cloud access and using Skype". 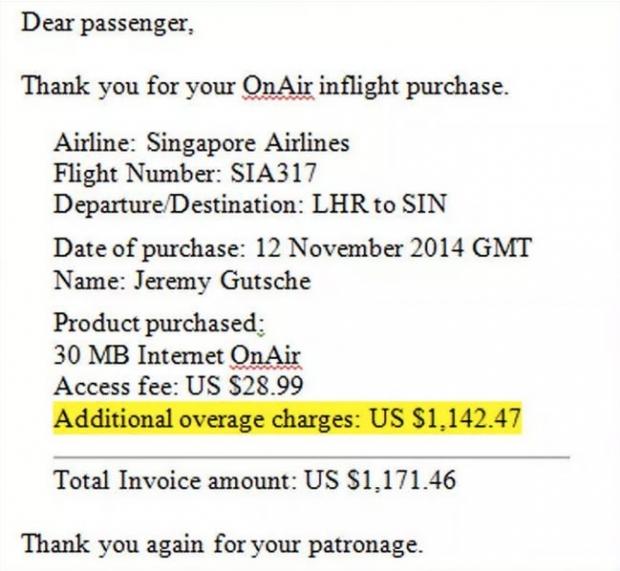 "If we can land a probe on an asteroid, and if every other airline can manage to serve internet at a flat rate (or free), then it shouldn't be so wildly complicated for Singapore Airlines that they need to bill some people $1200", Gutsche said in return. He also added that Singapore Airlines investigated the bill, but found itself with the original full amount of $1171. Gutsche added: "I bought the $30 package, slept through most the flight, and really didn't think I'd end up a thousand bucks past the limit. Just because someone agrees to terms and conditions does not actually mean that the pricing and terms are ethical".